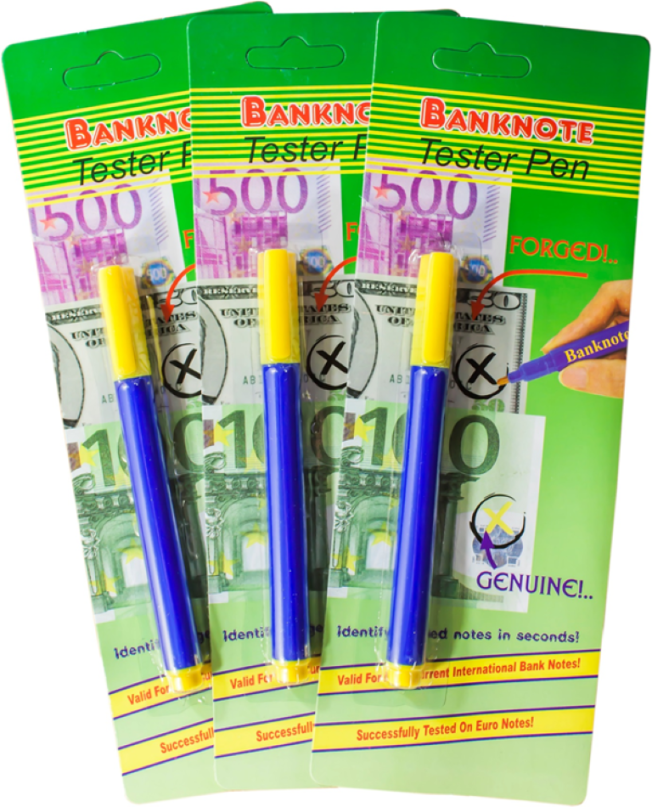 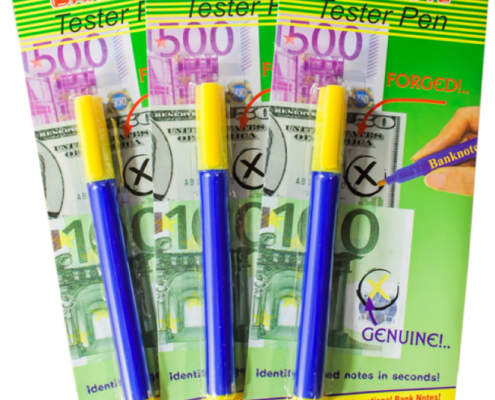 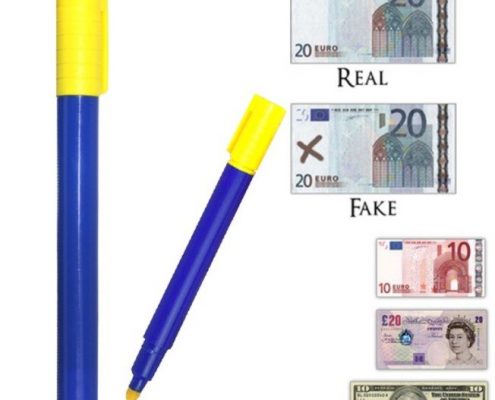 Pen. There are millions of counterfeit bills in circulation. Why run the risk of accepting a bogus bill? Our universal counterfeit detector pens use a specially formulated chemical that detects fake currency instantly. Simply press the tip of the pen to the bill– if it turns yellow or clear the bill is good, if it turns black or brown the bill is suspicious. Instructions printed on the pen. Works on most currencies world-wide. This pen works by simply drawing a line on a bank note. If the line turns black then the money is false if the line does not change colour then the money is genuine. Suitable for notes and is used by Retailers, Wholesalers,
Financial Institution.

We are here to help. Chat with us on WhatsApp for any queries.